Cody Mitchell, or to his fans, Say Word!, is a career music producer with talents that exceed the EDM bubble. His experience in several types of styles and genres is what built this man his musical kingdom. Without skipping a beat, say it with me. Say what, you may ask?
SAY WORD!

Question 1: Can you give us the backstory to your name, Say Word!?

Answer 1: I was just drunk one night. I would say it all the time so I was just huh… and ran with it.

Question 2: You’re a Colorado resident. What sort of advantages and disadvantages do you think you have to be from the Centennial State?

Answer 2: There are some great advantages living in the Mile High. Colorado has always been one of the top five electronic dance music destinations. It’s nice knowing that a lot of “heavyweights “in the industry are just a few miles away.
The downside to living in an EDM rich city is that there is a FUCK ton of producers on there grind out here.  It makes it a little harder to get noticed… If you want to be local celeb. Personally I’m trying to touch the world.

Question 3: You seem to have a consistent wrap-sheet of tracks on your SoundCloud with not very much time in between them. How do you pump tracks out so quickly? Tips you can share for the producer with writers-block?

Answer 3:  Firstly, thank you. I am a big fan of pre-planning and consistency. I try to stay at least “three tracks in the hole” set for release. Sometimes I stray from the plan. For example, Arrival was something I wrote during the brink of the pandemic traveling home from a show in Florida .  I feel like the feeling and emotion I put into that song was relatable to the rest of the world. So, I pushed back the currently scheduled releases and dropped Arrival.  This was a big decision, but I went ahead and pulled the trigger. I was skeptical because I didn’t want to piggyback off of the corona pandemic. But I wanted to give people an outlet for the feelings they might have at the moment.

Tips: Consistency and finishing. I think one of the hardest things for a producer to deal with is getting better. I know that sounds weird but check it. You make a track, you love it, you’re going to put it out, you grab some fire artwork and this shits going to bang. Fast forward four days. You just wrote an even better banger so now that’s gonna be your new release. Now you’re starting to not like your last song because you learned something new and implemented it on your newer song. But to the world, your just producing radio silence on your music platforms and not releasing music. NOT EVERYONE WILL LIKE YOUR MUSIC. AND IT DOESN’T MATTER WHAT OTHER PRODUCERS THINK. ITS ABOUT THE FANS.

Release your songs and stay on track. It might not be the banger of the year. But it’s something great that you created and loved at one point. So guaranteed someone else will too. Plus people make connections when they can watch an artist grow.

Question 4: You have played numerous venues in Denver, which has been your favorite?

Answer 4: This is one of the hardest questions to answer. I guess if we’re talking about actual venues I would have to say BETA. Just because all my friends were there and it always kind of felt like home. LVL at Temple was crazy nice with their gorgeous lighting in the state of the art sound system. I guess if we’re talking shows. Hmmm… oh, I just had an amazing experience opening up for Jantsen at a venue called Agave!! So damn lit!!! I guess I love all Colorado venues. But once I get booked at Red Rocks, that will be my favorite.

Question 5: What is your creative process that is involved in making tunes, like yours?

Answer 5: Mad coffee! Lol I usually always start by creating some sort of heavy 808 bass or create a sick synth. Then make some drums. I typically start with the drop then build around it.
My music reflects a lot of who I am. I come from a hip-hop turntablist background. So a lot of my musical influence come from East Coast Hip Hop. M.O.P Big LB.I.GD.I.T.C.

Question 6: Are you a fan of going out to shows to find inspiration? Or is that something that comes to you from somewhere else?

Answer 6: This day and age I typically only find myself going to shows for inspiration. I’ll get halfway or 3/4 of the way through my favorite DJ set and all I can think about is going home and turning on the DAW.
A ton of my influence comes from the squad around me. High Zombie, hands down has been my biggest influences. He mentored me and helped me define Say Word! He was brutally honest and very persistent. I couldn’t appreciate that more. Chatoor is another amazing friend that put me on to a lot of skill! Definitely gotta give it up for the homie Wounds too. He showed me how to break the rules in production.

Question 7: Before stepping on stage, do you get nervous? If yes, How do you subside those feelings? If no, what’s your secret?

Answer 7: Before I was Say Word! I was a hip-hop DJ for years before that. I’m in my second decade of performing live. DJing is just something I know how to do extremely well. I can mix on any platform and I have no fear on stage. I don’t know if there’s any secret to it other than just experience. Before I show stay low key and sober. Sometimes I may get a little nervous I’m gonna fuck up a new routine I just created. But that shit usually goes out of the window as soon as I touch the mixer.

Question 8: Being from the Bass Capital (Denver), do you feel you are blessed to be from the epicenter of bass? Or is the bar set too high for new, up and comers to even break the seal?

Answer 8: I think being from the Bass Capital definitely puts a little bit of a spotlight on you through the lens of the rest of the world. I think if you want to succeed locally, the bar is set pretty high and not necessarily for skill. The bar is set high in the social aspect of things. You may be able to outproduce, outspin  and have higher numbers then DJ JO3 BLXW. But JO3 BLXW gets booked because he’s buds with the promoter. Or maybe he’s bought tickets to every one of that promoters shows.. I don’t know but it trips me out sometimes.
I do think labels tend to look this way because we are such an epicenter of bass. So I feel we do have an advantage of breaking that seal… world wide.

Question 9: Who in the dance music community of Colorado do you owe the most to? Give them a healthy shout-out!

Question 10: What new and exciting things can we here at Monsoon Season expect from you in the near future? Tracks? Collabs?

Answer 10: I am hoping to hop on more podcasts and live streams. I have a fire collaboration with Devious that is set for release this summer. Lots more hybrid / hard trap bangers with heavy MCs like Atak and Hustle Man. I got a slew of surprises to come.

Cody, we are besides ourselves with this interview! We can’t say much other than SAY WORD! We appreciate your time, effort, and energy that you provided with this Q&A!
Keep demolishing the game like you do and we haven’t a doubt you will continue your path to greatness and success! 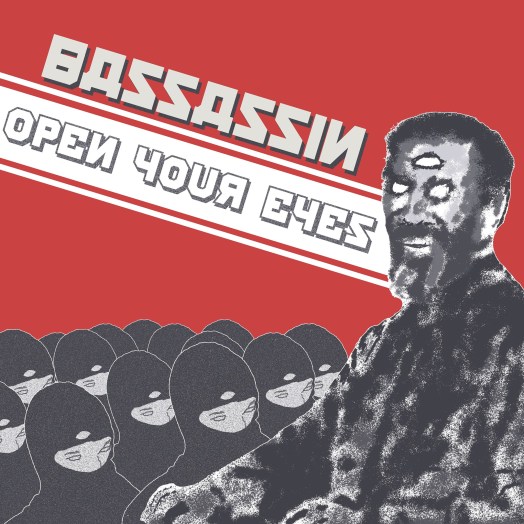 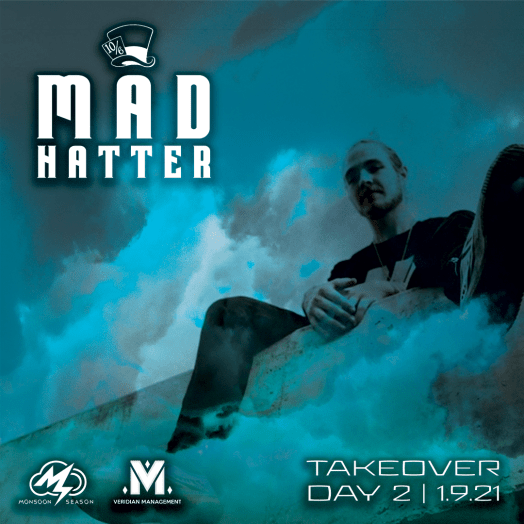