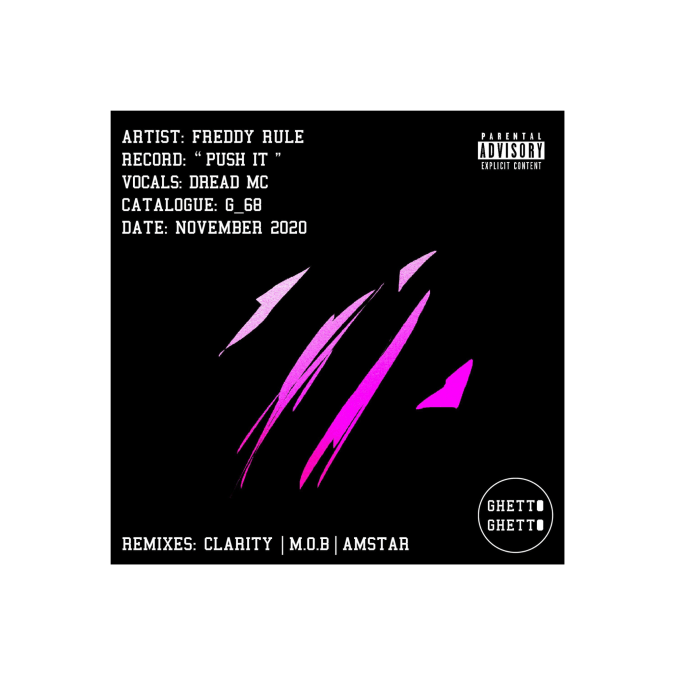 Denver‘s rising bass-house talent, Freddy Rule has been hard at work within his mile-high location of life. Manufacturing an invigorating EP in the silent, focused, and eager mind of his to exhibit what exactly is being manifested at-hand. The results are jaw-dropping. Presented to you by Ghetto Ghetto Records, this is ‘Push It’.

Like clockwork, Freddy Rule dominates Colorado dance-floors and beyond, controls the crowds, and effortlessly displays his energetic environments in no-time-flat. If you have ever been blessed with his bass, you know what we mean. If you haven’t; clear your schedule(s) because you’re about to get educated. This EP exemplifies the style, artistry, and overall energy of is.
Freddy Rule is not only proud to release this amalgamation of auditory assault but we are increasingly excited to know, that is the return of Freddy Rule.

Push It with Dread MC is the first track on the EP. Being it’s flagship title-track, this is the taste-maker to the subsequent tracks in the extended play. Dread MC being a hot commodity across the globe, being an award-winning vocalist with worldwide talent. The aggregation of the two creating ‘Push It‘ has gained the attention of bass-house powerhouse producers leading us to only assume this isn’t the last of these twos’ masterful collaborative efforts together.
Instantly, the track-title is ever-so-eloquently recognizable and fitting. This track does exactly that; pushes it. Pushing the energy, excitement, and attention to detail to an unprecedented level.
The repeat button is ready, are you? …Push It!

Tension establishes itself on the EP with an earth-shattering reaction from us. Right away, this original delivers all the best vibes we want in a bassline track. We wish that we could have been some of the few very lucky one to hear this track dropped live at Mission Ballroom in Denver before the worldwide madness began. They say people eat with their eyes first, well we fervently believe our hips do the dancing before the rest of your body does, and by golly this one leads by example. Grab some dark shades, dim the lights, crank the volume way up, and get-up to get-down to this dynamically upbeat and effortlessly displayed masterpiece.

G-Spot featuring Freddy Rule‘s wife; Becky Mae holds it down as the final track on the EP. This collaborative and consonant make-up is exactly what you want in a finale of an EP, something to reiterate the exact quench it caused. Becky Mae adds her elegant touch and Freddy Rule leaves the imprint, ultimately together leaving a mark. We would assuredly like to see more from these two as a musical team now knowing the extent of the results.

Dallas, TX-based house music extraordinaire, Clarity graces us with a phenomenal rendition of the flagship track. Adding the supplemental and complimentary values of her own sound designs, soundscapes, and energetic usage of style. Easily sitting at the top of our favorite on the remix list. To us, a sensory-salutation of soul and bliss. A house-forward drift into the more upbeat and serene ends of the musical spectrum, we can appreciate this vibrant rendering.

Denver, CO-based house music maestro Amstar manages to not only surprise us as being a local we haven’t heard of yet, and what residual effect this remix has on your very core. Bewildering with bass, to say the least. Administering the four-walls and four-corners to the track and building a foundational remix for the masses, this one goes in. Each element and structural component to Freddy Rule and Dread MC‘s Push It is elevated and accentuated to a luminous level. Very well done, our hats are off to you.

UK-based Masters Of Bassline (M.O.B.) add their effect and efforts to the lineup of amazing remixers, with unprecedented proportion. A faster pick up to the original but all the core elements remain. We can see this remix evolving and charting in no time.
M.O.B. achieves a whole new level of soudscape development. The rhythym and ultra-eccentric sounds really adds this remix to ‘our must listen again’s‘. Exceeding our very expectations to wjat can actually be accomplished within a short four minutes.

The Return of ‘Get Funky Festival’ in SLC with Chris Lake + Tchami and MORE! [V2 Presents Festival Announcement] 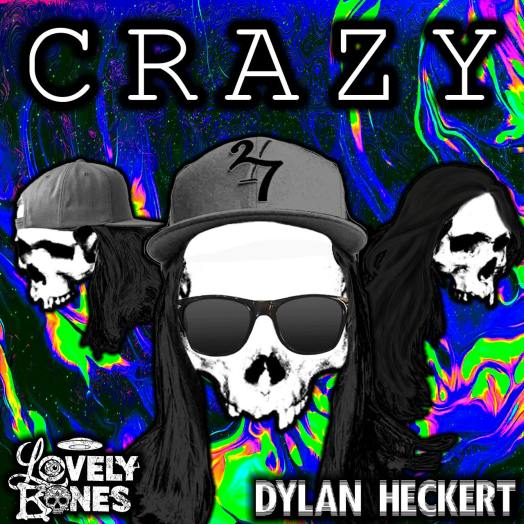