Subciety Presents and Subverted Entertainment bring in the big guns for this special event. Taking place in a Denver warehouse, they supply the Funktion One system, and 5 incredibly talented bass-music artists from the surrounding area for We The People. This event was streamed on Subciety’s twitch.tv channel. (Click HERE to follow)
Here is our uniMportant review on the stream!

The first artist on this bill, was Otatop. This experimentally diverse artist from Denver has been making an alarmingly-well name for himself in the past couple months, so we were stoked to be able to see the spud throw-down in the live-stream. His opening track was his remix for Illenium’s Takeaway, and by golly I was jaw-dropped to witness it. After the earth-shattering remix transitions into a eerie swamp-like tune, we enter Otatop‘s natural environment of getting… really…f**king wonky, in a good way! The blue stage-lights really transcended his set into a rabbit-hole of a journey into the creativity and musicality of Otatop. Not to mention, that YMCA remix towards the end was something I was not expecting! 10/10

The second artist on the bill was Wyoming resident, Kylloe. He began his set with the words we all love to hear: ‘Let’s get f**king weird’. Those 4 words can really ignite something climactic in somebody, and he did not disappoint. As he rolled through his artisan selection of surefire bangers and mind-bending wobbly wook tracks, we start to really see what Kylloe sees, BASS! With his set being fully-impressive and encore-worthy, I had to dial in on a certain point. The point we all have been waiting for, the second time we all get to hear ‘Geetar Wonkee‘ again (some of you, your first time). This track is near-and-dear to the Monsoon family and we are elated to hear it get played out by Micheal and Taran, each and every time. Granted this was not his ending track, it was played towards the end; exciting nonetheless. An emphatic and remarkable set from Kylloe. 10/10

The third artist on the bill is Wav-e. This Denver local was the artist I was least familiar with compared to the rest, but assuredly impressed after watching. His craftsmanship in selecting tracks was so galvanizing! Through and through, the vibe and environment this man can muster is a serious talent. His collaboration with Braxx, ‘Here We Go’ was a highlight moment, for sure! Keep an eye out for Wav-e as he will rush over you just like a tidal wave. 10/10

The fourth artist on the bill was TR!P Hvzvrd. This Wyoming resident is a powerhouse who has been engraving his path into the big leagues (before and) during the pandemic. His constant appearances on live-streams has been a megaphone for his new work, and trust me there is a lot of it. Most notably, his new steamer, “Love The Way”, which was played out during the live-stream, is a great example of his engineering talents. His set for We The People can only excite us for what is next in his path. Hopefully not too many trip hazards along the way! By the way, was that bass-house we heard towards the end of his set? We can only hope!

Lastly, our headliner; Mport. What a set, right? If you aren’t familiar with this Denver local, than listen up! Some Mportant accolades include his insane releases like Proximity, Empire, and his recent set at the Amplitude 500 Drive-In Series, not to mention his hilarious Instagram reels. His finale spot on the live-stream was seriously so vibey and thoughtfully violent, in the best ways. We can appreciate his sporadic display of tune selection as he can pull a crowd in, within seconds. I was in full-flex mode, enjoying every bit of it. Mport has a manically bright future with these tracks in his comprehensive quiver of music. Proximity is a household banger already, in addition to his countless other heaters. Keep your eyes peeled for this Mportant up and coming bass-music maestro. 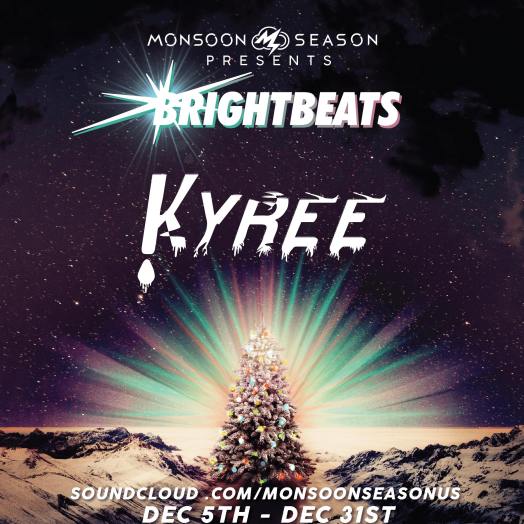 GRIMII. From Metal To Dubstep. The Aggression Remained