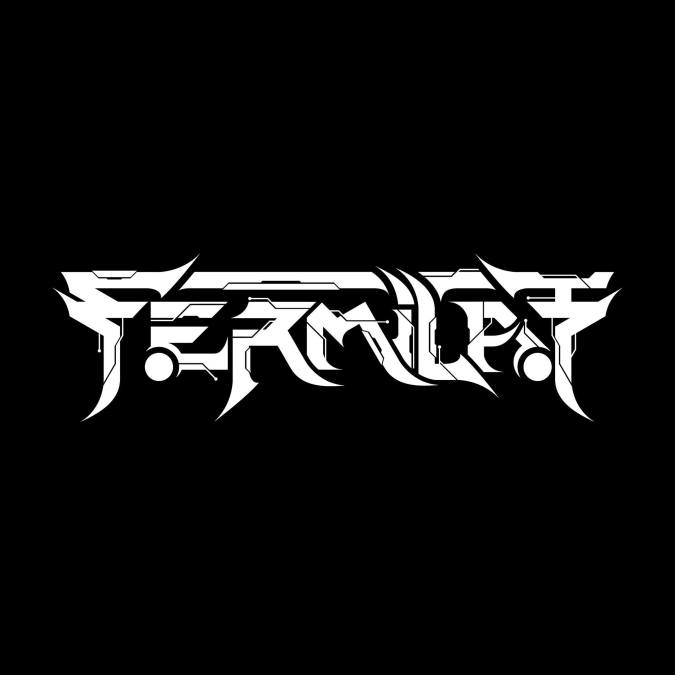 Q1: For our readers and your soon-to-be-fans, what can you tell us about your origin in dance music? Where did it all begin for Fermilat?

A1: I’ve always had a very broad taste when it came to my listening preferences. I spent my teenage years playing in metal, and hardcore bands. I’ve also always had a thing for classical, and soundtrack music. I discovered dubstep in 2011 when I was given a CD with 10 or so tracks by my best friend. This CD had songs like Squid Attack by Genetix, and This Way by Nero. I LOVED THIS MIXTAPE.
So fast-forward a few years later. I was about 20-21 years old. I met a group of people through a mutual friend. They were pretty avid ravers/party-goers who introduced me to the live aspect of EDM. I went to my first show which was at a local venue, and after that night I knew I needed to be involved. For a while, I was promoting events for a local company. Then there was this one night I was at a gathering with one of my close friends. I was pretty upset that I couldn’t find any other local musicians who could take music seriously enough to form a consistent act. My friend looked at me and said “Why don’t you just produce, and DJ? You can do it by yourself”. This seemingly simple suggestion is where this beautiful journey began.

Q2: What is your outlook on the industry at large? What is on your mind in regard to the collective community and scene as a whole in these times?

A2. For some reason, it’s almost become trendy to say that the industry is toxic as a whole. I highly disagree. Yes, there are more than a fair share of inherently bad people in successful positions, a lot of self-entitled individuals, and others who just have less-than-tasteful personality traits. They always find a way to work themselves out of the scene in one way or another. It never fails. You can’t hide from your decision making forever. Your levels of self-awareness can either perpetuate this or allow you to make the proper changes to flourish with the collective community. In my experience, if you’re working hard yourself, trying your best, and doing what you know is right. The only people that will be able to thrive in your vicinity will be like-minded. To me that’s a big ingredient in the recipe for success. I’ve learned the hard way many times that you’ll almost always attract the energy you put out. In the grand scheme of things. I think the state of the community is speculative down to each individual’s outlook and positioning.

Q3: What has been your favorite memory or experience in this culture?

A3. Honestly, it’s really hard to pick a favorite. It all melts into some bigger picture that’s been this musical journey. The friends I’ve made along the way, everyone who’s taken the time to come out and see one of my shows, listen to my work (even if just once), all the support I’ve gotten over the 6 years that I’ve pushed in this direction. This is what makes my world turn. I’ve developed an extremely deep connection with this industry. It would be difficult to sum it up to a singularity, and impossible to select a memory or experience I could deem a favorite.

Q4: What sort of aspirations do you have as an artist?

A4. I don’t have the typical “release on such-and-such label” aspirations. I just simply wish to make a career out of doing what I love. Which is providing value to others’ lives, a distraction, and an escape to those who need it. Like so much music, and entertainment did for me as I was growing up. Whether it be through my dubstep/bass music production, playing live shows, or even my gaming live streams. Being able to make my living, and to provide for my family using my passions as an avenue would be the highest blessing I could receive. I have a lot of things I’m working on to make this happen. I have a lot of demos ready for when I find platforms that would render a quality fit, I’m currently building a catalog of more soundtrack style music for films & video games, lastly just spending all the time I can on learning more ways, and taking positive action that will bring myself closer to these goals.

Q5: Dream festival to headline with your friends? Who and where?

A5. Without a shred of doubt, I would have to say Rampage, in Antwerp. They host some of the biggest names in drum & bass/dubstep/bass music. The production quality is top-notch, and it features an incredibly interesting venue. Listing a three-day line-up is certainly far too much for this article but I would book a handful of my peers, and inspirations: Extant, Samplifire, Viridus, Forreign, Tengraphs, Qoiet, Code: Pandorum, MurMur, Skitzoid, St!ll Tr!ll, Chutez & Ladderz, and Ezekiel just to name a few.

Q6: What is a message you’d like to leave to your listeners and fans?

A6. First off I F****** LOVE YOU ALL! But other than my deepest gratitude. I would just have to say that no matter what happens, how hard life gets, and amidst all the growth and necessary changes you must make to be successful in life. Don’t lose the good inside you. Don’t let the world make you bitter and vengeful. It’s so easy to get lost in the negativity and become the very thing you fought at odds with. Stay strong and I’ll always have your back.

Q7: Your track Project: Mira is a knockout! What went into that track, creatively?

A7. Even though it’s a relatively short track. It took me a very long time to write. It went through many, many iterations. I had released it in February of 2020 with the name “Deadly Dreams” under my prior alias. After I rebranded to “Fermilat” in March of 2020. I took all my tracks down and deleted every single project file except for this one. I continued to sink hours into it. Adding more interesting sound design, and eccentric patterns until it evolved into the prime state that it currently adorns. I had written a whole EP around this one track with some of my best storytelling. Eventually, the EP was split up and I plan to release it all individually as singles. I wrote “Project: Mira” portraying myself essentially as a mad scientist trying to create a life by using technology, and engineering mixed with spirituality. “After Taste” did an amazing job portraying this in the cover art. As he always does. The name carries a lot of the weight on my intentions with this song. I felt giving it some kind of “In-progress science experiment” title would drive it home. The name “Mira” comes from the Cosmological world. Not only does the name stick in your head. But the science behind it provides the perfect amount of drama, and impact to solidify the concept as a whole.

Q8: You have a multitude of releases with several labels. Do you have a favorite? If so, which one!

A8. I’m extremely grateful to all these labels that gave me a chance and saw enough in my art to release it. David from “Pewtrid Records” was the first one to provide me with an opportunity. He was extremely awesome to work with. He made sure I was completely confident and satisfied every single step of the way. He truly cares about the artists and giving them a reliable, and prosperous platform for their work. The gentlemen over at “Dub Wubz Promotions” have been incredibly supportive. Even outside of my projects with them. They did their best and surpassed all expectations I had with releasing on the platform. I had even returned with one of my friends to enter their remix competition which we placed one of the three winning spots. The “Anti-Feel Records” team was equally as amazing to work with. They gave me 100% freedom to use their resources to release my track as I saw fit. They were even flexible enough to allow me to bring my cover art and marketing materials to make sure the release went as I had envisioned. Lastly, some of my best performing releases are over on the “Community Mix Promotions” channel on YouTube. The owner Dyroth is young, passionate, and driven. The CMP channel is among the top providers of heavy bass music.

Q9: Who do you see killing it on a daily basis? Give them a fervent Fermilat shout-out

A9. There are too many artists to name without turning this section into an interview itself. The first person that deserves a shout out is Extant. His knowledge, skills, and innovation are seemingly limitless. He’s easily one of the most skilled producers/composers in the scene. Other acts like Skitzoid, Chutez & Ladderz, Ezekiel, St!ll Tr!ll, Jvmpskare, Dyroth, Good vs Evil, Sagemode, STEALTH, FREEWILL, Marual, PHEONIX, Xstinction, Espioth, Faezer, Mr. Fink, Psyoptic, Archmage and WAKE UP! are some of the people feel are the most deserving of recognition in this interview. 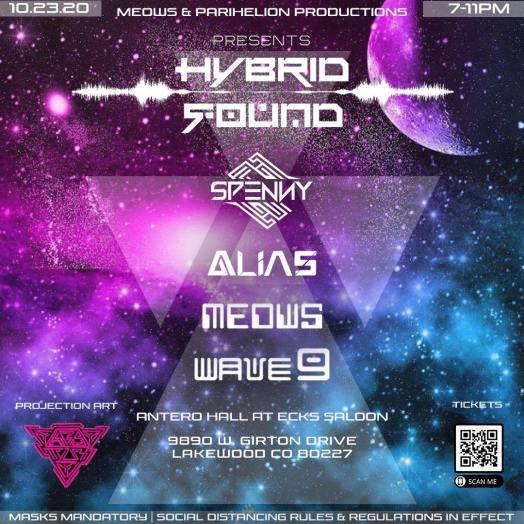 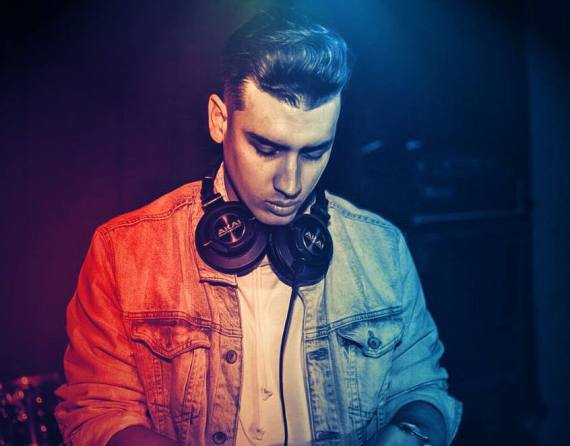