Broken Inglish. Leaving No Room For Error in Colorado.

Kyle Pesavento, hailing from Colorado Springs, known as Broken Inglish is making multiple genres cohesive and of feral proportions. With opening duties under his belt for heavy hitters like Figure and DJ Blend, you can assure he is untamed. The energy and effort in his music with leave you jaw-dropped.
Please welcome Broken Inglish to the storm!

Question 1: For the unknowing readers and soon-to-be-fans, where can you trace the cord back to the wall with your infamous name; Broken Inglish?

Answer 1:ILLENIUM. I went to Decadence Colorado in 2015-16 and it was life changing. I had spent the entire first day mesmerized by the lights and music. When I got to the second day and saw ILLENIUM do his thing, I decided that’s what I wanted to do.

Question 2: Being a Colorado resident is a blessing to some and burden to others, name off some of your ever-highlighting moments as a mile-high artist!

Answer 2: I was born in Colorado Springs and still live there so the main highlight for me was having such access to events and artists. From the Rawkus in Colorado Springs, to Beta Nightclub in Denver it’s been a whirlwind of friends and good times here in the mile high.

Question 3: What has been the utmost hilarious moment behind and in front of the stage?

Answer 3: I would have to say probably loading the track into the deck that was playing when I was playing at The Church Nightclub last year.

Question 4: Walk us through the creative process behind Crimson Timer? What went into such a beast production?

Answer 4: The project file for that song is actually close to 3 years old. I’ve been playing that song out live for a very long time, and when I was going through old projects I came across it and was impressed by how well the mix held up over time. I tinkered with some things but ended up not changing much other than the processing on the bass line elements. As far as structure goes, I started that song with the noise you primarily hear and just built from there while subtly changing the main noise, the name Crimson Timer came from the timer noise you hear layered and the fact that I had heavily used a sample pack I had received from Crimson Child (Yashar Tafazoli) the whole track kinda just came out of nowhere.

Question 5: Who is in your periscope as for as productions and collabs go?

Answer 5: As of right now I would really to connect with my friends Green Matter, Scarlitt, PwnageMethod, but on a bigger scale, I would love the opportunity to work along side the likes of Decadon, ILLENIUM, SMLE, and Subtronics.

Question 6: Name a venue you are blood-lust to play at?

Answer 6: This may be a little cliche but it’s been always been a dream to play an original set at Red Rocks..

Question 7: What can we expect from your likes to be involved in, speaking from the near future and not too far distant future?

Answer 7: Releases with Mr. Fink have been confirmed and I have a release with Wicked Records coming out on September 2nd. In the future the rest of my releases will be under Pippin Talent International.

Question 8: What is your take on eating/drinking before a stage performance? Advocate or protest?

Answer 8: I personally eat a decent meal a few hours prior to the show and drink water all day. I tend to steer away from alcohol before my sets unless it’s a beer sometimes two if I’m feeling tense to relax.

Question 9: Your remixes are dirty, in regards to Feel Something to Only Now. Are you in favor of remixes? Or are originals funner to make?

Answer 9: Remixes were where I started and how I got used to processing vocals and other elements of songs properly, I don’t enjoy making them as much as I did when I first started producing. Originals give me the creative canvas to put exactly what I’m hearing in the DAW

Question 10: Who in your sights and reports are killing it? Shout them out!

Answer 10: Right now yWOLFy, Mr. Fink, CRYZTL, GVMBIT, INSOLENT, Hollywood Hyde, and pretty much everyone over in the Subciety family are on my radar and have been for some time. 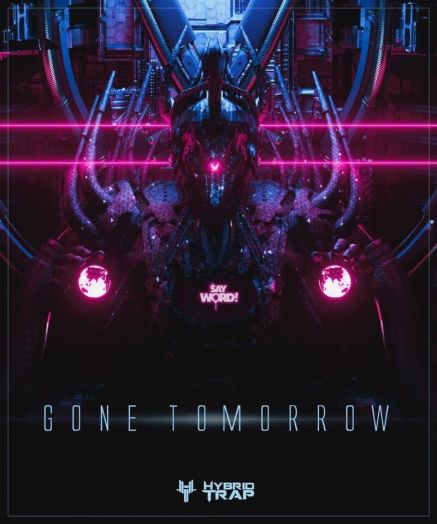