Geology is a very advantageous and surprisingly useful subject to know. Factually speaking, crystals are stable at high temperatures and a magnitude of pressures. and remain chemically unchanged under the metamorphic process. CRYZTL is no different. This crafty and talented artist is applying the heat, magnifying the pressure and isn’t going anywhere, watch out. Please welcome CRYZTL to the storm.

Question 1: For the unknowing readers, and soon-to-be fans, where does the name CRYZTL derive from? What can you tell us about the name and origin story behind your music movement?

Answer 1: I was given a kandi by an old friend of mine that he had received at Electric Forest, it said “Crystalized” on it and I immediately wanted to build off of that. I wanted to do something along the lines of “CrystalEyes” or “CrystalEyezed” but every variation I came up with had already been taken by existing artists. My friend Brody is the one who actually came up with “CRYZTL” and as soon as he said it, I just fell in love with it. It felt soft yet hard at the same time which is a perfect explanation for pretty much every aspect of me and my mixes. As far as the rest of my journey goes, my dad was a DJ so music has always been a big part of my life – I danced for over 10 years and took vocal/guitar lessons for a couple of years as well. When I was a teenager my goal was to be a musician, I wasn’t thinking about going to college, all I wanted to do was music. My issue was that I could never find a genre I felt that I fit into and at the time I didn’t even know what Electronic Dance Music was. Eventually, I stopped dreaming of being a musician and started trying to find more “realistic” careers for myself and I thought that was the end of it. Until I went to Das Energi 2017. I had been to a couple raves before this but wasn’t actually immersed in the culture – this was the show that completely changed my life and brought me to where I am now. That was the first time I saw Slushii and Herobust – those two sets alone made me realize that I had found the place I belonged. I found the place that I fit in. That experience single-handedly made me realize I wanted to make EDM, I wanted to do what they did. And from that moment on I worked my ass off to be able to DJ and eventually produce my own music.

Question 2: Being from Utah has its array of ups and downs. What sort of advantages have you found from being in the Beehive State?

Answer 2: I feel like being a female artist in general puts you at a disadvantage because it seems like it’s easier to get booked for shows but it’s harder to be taken seriously. That’s just my opinion but I have seen that first hand out here.  I’ve been lucky enough to travel outside of Utah for festivals and there are scenes that I think we could learn a lot from. For example, I fell in LOVE with Arizona. Their scene in general and their artist scene. Their PLUR game is strong as fuck  – I’ll be the first to say that our scene needs work in that department just because it’s true. On top of that fact that all of the local artists are tight-knit, everyone genuinely supports and uplifts one another constantly. It seems to be more about making friendships more so than just making connections just for the sake of connections. This scene is built on friendships, I’ll never be someone who supports someone just for the simple fact of where they can get me. I want to support and be supported by like-minded artists that do this for the love of the music and the scene; people who support me because of who I am and not what I can do for them. I’m just going to be transparent and apologize for the negative undertones of this answer but I’m an advocate for speaking your truth and being honest.

Question 3: Your music is a plethora of mash-ups and mixes. What do you like most about this attribute of music?

Answer 3: I really enjoy balance, not just in mixes or music, but in pretty much everything. I’ve always gravitated towards melodic EDM because that’s the type of music that got me through some of the hardest times in my life. However, I also love to rage absolute face to some grimy dubstep, so I just decided to mix the two. Melodic dubstep is one of my favorite genres for that reason because the music is just beautifully disgusting.  I want my fans to have an amazing time and rage out all of their energy but I also want to make them FEEL something deeper, I want them to walk away from my sets feeling better. Whether it’s better about themselves, their life, their past, it doesn’t matter to me. I just want my sets and my energy to cultivating unity and love because that’s the energy I’m putting into my music (when the time comes) and my mixes.  The longer I’ve been in the scene, the larger and broader my music taste gets. I like to throw in a little bit of everything so you truly never know what you’re going to get with my mixes and that’s something I’m really proud of as an artist.

Question 4: Who has been your biggest inspiration thus far in your musical journey?

Answer 4: This is such a hard question to answer because there are so many people that have inspired me throughout this entire journey even before I was officially mixing. As far as artists go the list is ridiculously long but if I had to choose I would have to say Illenium and Alison Wonderland have to be the top two. Nick’s story is inspiring in and of itself but the beautiful music that he created because of everything he went through literally saved my life. I wouldn’t be here today without him and he’s living proof that you CAN create the reality you want, no matter what your current situation is, as long as you’re willing to work for it. Alison Wonderland, in my eyes, paved the way for female artists like myself. Her energy is hands down the most intoxicating thing I’ve ever experienced because she has so much passion and love for what she does. Every time I’m getting ready to play a live stream or go to record a mix I try to embody that same energy because I relate to it on such a deep level since I genuinely wouldn’t be alive today if I didn’t have music.

Question 5: Where do you see yourself in 5 years? Give us a breakdown of that utopian 2025 year!

Answer 5: This is such a crazy question because I just started this journey a year ago and when I started I had no clue I would be where I’m at right now, so if I stick with this kind of traction in 5 years I’ll be living somewhere else, possibly Colorado or Washington depending on how the cards fall. I’ll have at least one EP and one album out. I would love to have a collab EP with my boyfriend because he falls on the heavier side and I think we could make some really amazing melodic dubstep and trap. I honestly haven’t thought further than that but at this moment I’m claiming it, five years from now I’m playing at Lost Lands. I’m just going to put that into the universe and work as hard as I possibly can to make that a reality, even if it doesn’t happen in 5 years I know one day it’s going to happen for me.

Question 6: What can expect in the near future from you? Collabs? New shows?

Answer 6: Right now I’m starting to buckle down on producing – I’ve been learning basically on my own with the help of some friends and the good old Youtube University. With that being said, I’m releasing my last two mixes of the year this upcoming week and then focusing strictly on getting my tracks built up and finished. My friend from Denver, Kyle (Broken Inglish), and I have talked about doing a collab it’s just a matter of lining schedules up but that is definitely something you guys can look forward to! This past year was all about finding my style and branding myself and I feel like I did a really great job with that so 2021 is the year of bigger moves – hopefully getting to play some in-person shows for you guys and getting an EP in the works!

Question 7: What sort of creative processes do you call upon when making new music mixes and or mashups?

Answer 7: A lot of my mashups and mixes were actually created in my head before they were ever manifested. When I was saving up to get a computer and a deck I basically just gathered all the music I could and imagined the kind of things I would make when I was actually able to do it, so I think that process has just stuck with me. I’ll be at work listening to music and just be like “that would sound sick if I could mix it with this other song” then I go home and try it 9 times out of 10 if turns out beautifully. I know every artist out there puts their love and energy into what they do, but when I’m mixing I put literal sweat and TEARS into it (another reason why I love my name “CRYZTL“). I created my “All The Feels” mix series more so as an outlet for my own feelings I’ve experienced and in the process, these mixes have helped a lot of my close friends with their emotions as well and at the end of the day, that’s why I do it. I just want to connect with others through music and let them know they’re not alone. I guess you could say my creative process is emotionally based.

Question 8: What has been your highlight moment of 2020?

Answer 8: At the beginning of the year I created a few goals for myself. I wanted to get booked for Electric Pow Wow, play at SKY SLC, and have at least one track finished all by the end of the year. So far I’ve been booked for Pow Wow (sadly that didn’t pan out), I’m playing at Sky Bar SLC this weekend for an employee party we’re doing (I work for Sky and I promise we are being safe with this), and I currently have a couple tracks I’m working on as I learn production along the way. Maybe all of these things haven’t panned out in the exact way I envisioned, but I did it! August marks one full year of me DJing and to have accomplished all of these things have been huge for me. My experience as a whole has been one big highlight.

Question 9: Who do you see killing it these days? Give them a shout-out!

Answer 9: I’m blessed enough to know SO MANY amazing up and coming artists. Definitely keep an eye out for AWAR3WOLF, Meeko, Broken Inglish, GVMBIT, Neon_Drip, and LovelyBones. You can find all of these beautiful humans over on SoundCloud! These guys have all been huge inspirations to me throughout my journey and I know they’re going to be up on main stages with me one day 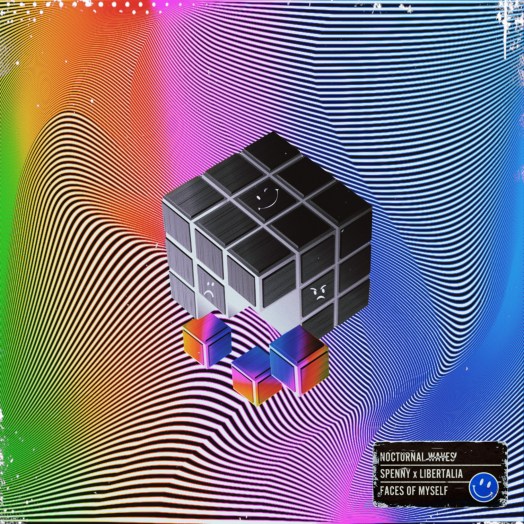 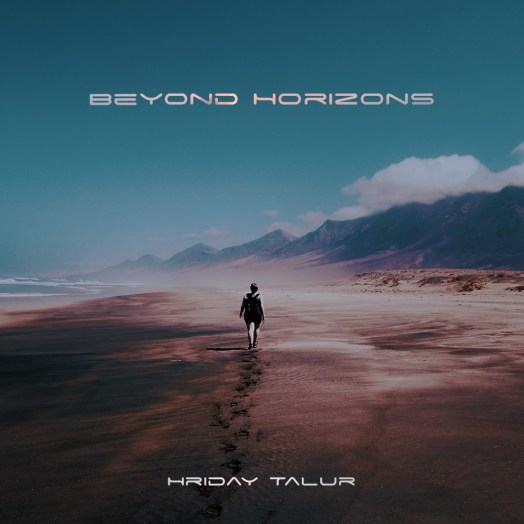 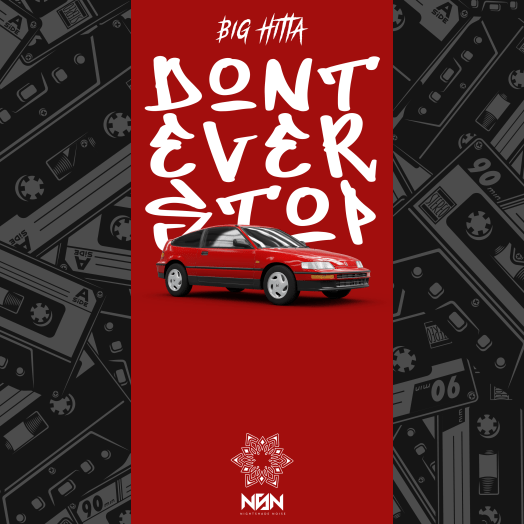