Josh Jenkin, or as we know his pixelated form, Octobit, is joining the storm. This auditory aquatic anomaly has been catching the eyes and turning the necks of many for sometime now. His teachings at the prolific Defyre Society has taught him a trick or two! Him breaking the seams in the industry is the first part! Let’s get to know the tentacle of tunes!
Without further ado, please welcome Octobit to the storm!

Q1: Welcome to the storm! We are stoked to have you with us! Can you deep-dive into who is Octobit?

A1: That is quite a question. Well, my name is Josh Jenkin, I go by Octobit! Most people don’t really know but I’m probably quite a bit older than most of my colleagues coming up in this game, I’m 31. This means I grew up with the grunge, screamo and metal kids, part of where my influences come from. In my younger days I DJ’d clubs and small shows under a different alias, which you will never find out. I’ve always loved all kinds of music but since my early teens I have been drawn to the heavier stuff. I’ve played guitar since I was in middle school and started learning small bits of production before I graduated high school. Writing music and lyrics from a young age production became the next big step for me, attempting to record and mix my own tunes. After being introduced to electronic music with Infected Mushroom I was immediately hooked and started trying to make my own electronic music. I was never too serious about it and got way more into the shows and party favors of the scene for years. After leaving that deep well of despair and finding myself I knew it was time to finally get serious. With an extensive background in video games and an inclination towards heavy bass music, Octobit was born. I’ve spent the last 4 years honing my sound and production skills into a finely tuned machine, pumping out quality tracks. Mark my words, Octobit will become a household name!

Q2: Who and what have been your biggest inspirations thus far in your career?

A2: Being a musician since I was a kid I’ve picked up a lot of influences. Before I started making electronic music I listened to basically every type of music; metal(all types), rap, rock, electronica, even classical. I used to fall asleep listening to Slipknot then jam Bach all day. I try to fit all the music I love into my own production, some times it works and sometimes it doesn’t. Since I started listening to and making electronic, Originally I’d have to say my biggest influences in that world would be; Feed Me, Noisia, Zeds Dead, Akira Kiteshi, Figure. More recently my music has been strongly influenced by newer names; ATLiens, Peekaboo, Code: Pandorum, Swarm. Dark, slow, heavy and weird! That is what Octobit‘s sound has become.

Q3: What sort of advice would you give to someone who wants to be in your shoes?

A3: Grow a foot! If you could see me that would be funny as I’m 6’5″. Honestly, just make music. work, work and work! If you’re looking for a get rich quick scheme in music production you’re most likely shit out of luck. You get your 10,000 hours in and make as many tracks as quickly as you can. If you work your ass off and make 100 tracks, odds are there will be 10 in there that are at least good. That’s an album. The more you work the more often your tracks will be good and you’ll get to a 50/50 point and soon to a 9 out of 10 tracks you make will be label quality. Also, I went the hard route thinking I could figure it out all on my own. I spent years just doing trial and error in my DAW, too stubborn to realize I needed help. In summary, work (work, work, work), get a mentor (or several), and do your research (learn your equipment and software).

Q4: Eating and or drinking before a set? Yay or nay?

A4: I would say Yay. Just don’t overdo it on either. I’ll always have a drink or two just to calm my nerves and don’t want to have too full of a belly in case the nerves are too much.

Q5: What is the ideal 2025 looking like for you? Walk us through your utopia year in five years.

A5:  I honestly just would like to be at a point where my music is my full-time job. Whether that be touring, producing beats or where ever it takes me. Being able to sustain myself and my family on my music would be my ideal 2025.

Q6: Who is in your collaborations radar? Anything you can sneak or leak?

A6: As you guys already know I have a huge unreleased collab with Seda that was featured on Code: Pandorum’s Disciple Round Table Medieval mix. Can’t say anything about the release yet except it should be out by the end of the year. I’m also working on a huge collab with OMAS and have some other yes’s for collabs that I can’t really talk about yet. All I can say is watch out for at least one big name with an x next to mine soon!

Q7: Being a resident to SLC must be a neat place to live in certain areas. Although one-of-a-kind, in regards to music, what advantages have you seen from the Beehive State?

A7: The biggest advantage to living in Utah I think is that there’s a good electronic scene but it hasn’t really exploded yet like some other places. So it kind of feels like getting my foot in the door early. Other than music, Utah has it’s ups and downs. It is such a beautiful state and the people in SLC are amazing. Not a lot of people know this because of how conservative Utah is but Salt Lake is one of the most progressive cities in the US. For the downs, that kind of goes into it, SLC is highly progressive but still just a part of the rest of the state which, not really wanting to get too political, but is run by the LDS church. Which, If you’re a member of is probably great. If you’re not, not so much. So there are goods things and bad things, like most places

Q8: Just recently you dropped your I Do Coke Flip on your SoundCloud. What sort of creative process did you call upon for this project?

A8: I’ve been a fan of Jon Gooch since before he was Feed Me, when he was just Spor. When Feed Me’s Big Adventure came out it was a revelation to me and my own music. Him and Kill the Noise have been huge influences on me and I’ve never felt confident enough to try and rework one of their tracks until now. I’ve wanted to recreate/remix one of his tracks for a while now and recently I’ve been mildly obsessed with midtempo so I Do Coke was just a natural choice really. I also did not want to change it too much considering the track already was just amazing so I figured I’d make it a flip rather than a remix and just put my own spin on it. Basically reworking the original with my own signature sound. The mix itself was a huge challenge on this one, trying to get the vocals to shine without the rest of the track coming through and letting my own sound shine on top of it. All in all I think it turned out quite good.

Q9: What can we expect next in the realm of Octobit?

A9: There are quite a few things you should be expecting to see from Octobit. I have 2 EP’s and at least 2 singles coming out before the end of the year. I also have 2 more EP’s in the chamber ready to go, more stuff on the down low not pertaining to music and just an all around insane need to grow and further my brand. So what can you expect from Octobit in the coming days? A lot!

Q10: Who do you see killing and slaying it lately? Give them a shout-out!

A10: There are so many insane artists killing it right now. These dudes are making insane music and I also feel like I can call them friends; Perses, Seda, OMAS, Heaven Fell, Aaron Steel, Nighthawk, Disco Godfathers, Benzo$, Devious Dreams, BRAINWAVEZ, Diplomatt. All of these dudes are slaying the underground scene and have been a huge part of my own come up in what has become the reason my music is any good, Defyre Society! These dudes are the epitome of hard work and dedication. As for some artists I think deserve more credit; Quackson, HVDES music, INF1N1TE, Atarii, Swarm, Avance. Sorry if I forgot anyone there are so many crazy talented artists coming up right now! 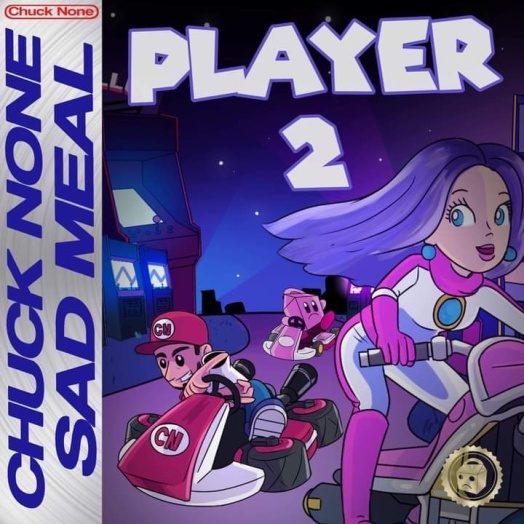