Question 1: For the unknowing reader, can you give us an inside scoop to the name “Saltee”?

Answer 1: My old alias was Hivemynd, and a bit more electro house, trance, deep house oriented – all over the place really. Saltee started off as kind of a fun side project, with the idea being that I’d focus the sound more. At first, it was pretty tech house-centric but eventually became drum & bass almost exclusively. I literally just pulled that name out of my head because I thought it sounded cool. Was really big into a duo called Dusky at the time, and loved the simplicity of that name, and so “Saltee” was the choice – abandoning the “y” for two “e”s to separate the name from other music projects who shared it.

Question 2: Colorado is the bass capital of the world, and there is no denying it. Do you feel your music style is heavily derived from it or did it just work out that way?

Answer 2: I think my taste and style have always been all over the place. Despite Colorado being the undisputed Bass Capital, I feel like drum & bass still has yet to see success on the same level as dubstep or house in this state, and country for that matter. I’m lucky to be here because my sound has grown into a bass-heavy sound that fits very well in Colorado, so it worked out well in that sense. But there is still lots of work to do to get Colorado and the US on the map as a drum & bass hub.

Question 3: If you could describe your music to someone, how would you do it?

Answer 3: I make the music I’d want to hear. Describing any kind of music is a bit of a task without being too on the nose, so I’d say take a listen and experience it for yourself. In a few short words, heavy bass and punchy drums – fast.

Question 4: Drum & Bass was arguably a pioneering genre to where bass music is today. Then it feels like it vanished or at least calmed its movement. But on the contrary, it’s making a major come back. Why do you think that is?

Answer 4: As I said earlier, drum & bass hasn’t really seen much stateside success. In the late 90s and early 2000s, DnB was essentially the only bass music, making it more popular in that time. But with the rise of UK dubstep in the 2000s and the eventual explosion in popularity stateside, lots of American producers shifted toward the eventual brostep/heavy dubstep sound, which made DnB feel like mostly a genre for “older crowds”. I completely disagree with that mentality, since DnB has always been upfront and forward-thinking. It’s retained its popularity in the rest of the world, and luckily now we’re seeing some of the big dubstep and mainstream EDM guys giving it some airtime in DJ sets and live-streams. I think that will be a huge help in exposing the genre to a younger crowd and getting it the hype it deserves. You also have hard-working guys within the DnB scene like Flite, Ownglow, Des McMahon, etc. who are doing the most to make the US a DnB heavy hitter on the world stage, so shoutout to them and the others in the USDnB Discord. They’ve been a massive help to me and others.

Question 5: Who are your utmost major inspirations in music and beyond?

Question 6: What can you say was the defining moment you wanted to make music?

Answer 6: I would say when I was five-ish years old and I heard Robert Miles‘ “Children“. That track just opened up a whole world of new sounds to me and began my obsession with electronic sounds. Linkin Park played a HUGE role in that regard too, getting me into heavier sounds. When I got this video game called “eJay Clubworld” – basically a step sequencer with a bunch of samples in video game form – I began experimenting and haven’t stopped making music since.

Question 7: You have made a bootleg and a remix for The Midnight. Where does the dual interest for them come from?

Answer 7: I really love those guys. Their sound just immediately hit me, as I’m a huge fan of 80s style everything – movies, clothes, music. So I did the “https://w.soundcloud.com/player/?url=https%3A//api.soundcloud.com/tracks/353918144&color=%23ff5500&auto_play=false&hide_related=false&show_comments=true&show_user=true&show_reposts=false&show_teaser=true&visual=true” target=”_blank” rel=”noopener”>Lonely City” bootleg a few years back as just a bit of a passion project. Then, they just recently released stems for some of their songs for a remix competition. My entry didn’t win, but I’m still really happy with how it sounds.

Question 8: Where has been your favorite venue to play? Why there?

Answer 8: Man, Beta Nightclub in Denver was always the spot. I was lucky enough to play there a bunch since like 2011ish, alongside some incredible local talent and world-renowned headliners. Perfect sound, amazing people, and just a great vibe overall. RIP Beta.

Question 9: What can we expect from Saltee in the near future?

Answer 9: I have TONS of metal/DnB hybrids on the way, including my two forthcoming tracks on Mindocracy, “Tradition of Torment (feat Marko Kokotovic)” and “Heart Of Darkness”. Some new remixes and bootlegs, and some cool dancefloor DnB oriented tracks as well. Hopefully, lots more performances once the quarantine is over.

Question 10: Who on your radar deserves more eyes and attention? Give them a healthy shout out!

Thank you so much, Phil. This was such a blast to be a part of. I genuinely cannot wait to see what you do next. Whether in Denver or elsewhere, you will truly make a mark.
Until next time! 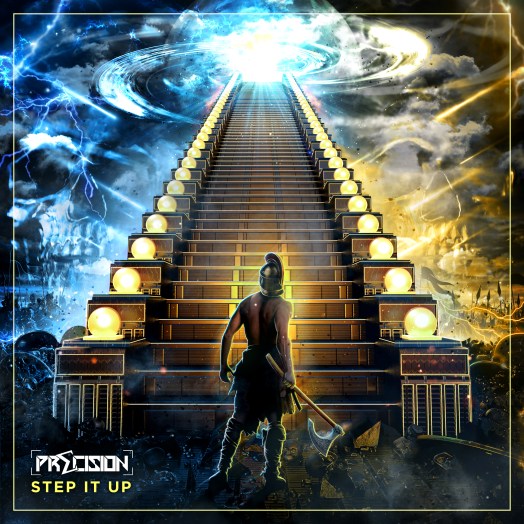 PRECISION – Step It Up [Track Write-Up] 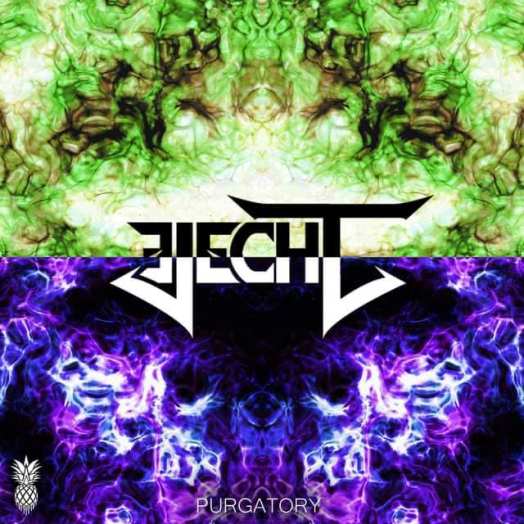