Good Vs. Evil (GVE), unleashed a four-pack of fury with his recently released extended play; Mental Warfare. The quartet of tunes includes 3 originals by GVE also featuring FVDED, Isaiah581 and one remix of Mental Warfare by Mr. Fink and Fabes.

The first track to the quartet EP is the flagship original ‘Mental Warfare’ featuring the vocals of Isaiah581. The mesmerizing overload of media outlets, reporters, and sensationalism that overlaps and blares through the beginning of the track solidifies the creative direction they are purposefully designing before you. Imaginatively to represent the current crisis and chaos we are ALL succumbing to in the year, 2020. As these outcries are dissipating, you’re easing in a ballistic beat-down of a drop. The signature GVE sound is apparent and highlighted throughout. As they put it easily but adamantly, ‘it’s a never ending battle‘. 10/10

The second track to the EP at-hand is All In My Head featuring the sounds of FVDED. This seemingly upbeat and reassuring track with the lyrics accompanying a chant-like loop sends it home with us. Instantly the mix of those elements with the customary sounds that GVE can manifest to paint such a picture is astoundingly present here. You can assuredly get lost in this track again and again. Whether you are sending uppercuts into the air from there dirty baselines or losing your mind over the vocals, just do something, this track secretes movement. 10/10

The enchanting intro captivates you along with the sounds of the vocals, drums, and enthralling build-up. This track is mean-machine once it drops, beckoning another dance-out. Move some furniture, get some dancing shoes/socks on and get ready to sweat. Oh yes, turn that speaker volume up and ignore your neighbors unrelenting knock on the door. They can wait. This track cannot. 10/10

Wow, what a remix! The quick-witted minds of Mr. Fink and Fabes is on display here in this rendition of the flagship track. They maniacally take their twist on the track and send it into a full-on whirlpool of sorcery! The three and half minutes of their interpretation on GVE‘s creation expounds on the chaotic feel of the track in it’s originality. Big ups to the two on putting their spin on the strain. 10/10 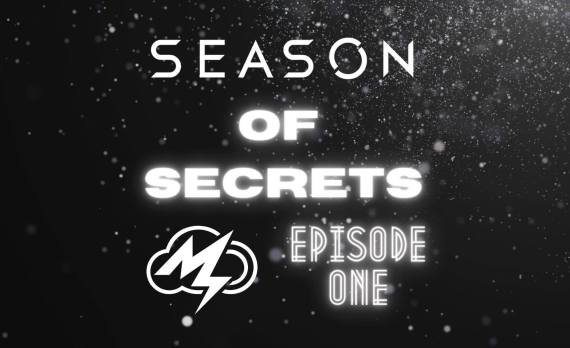