Zack Haas, or more influentially known as Zovah, is a Canadian trap music artist residing in Calgary, Alberta. This young up n’ coming artist has worldwide goals and is apparently achieving them. With a history in the rap game, you already know he’s got a taste for the real sounds of trap music. Please welcome, Zovah to the storm.

Question 1: What can you tell us about the origin story behind the music alias Zovah? Where does the name come from?

Answer 1: So the name was inspired by a game called Skyrim, I used to be a huge gamer and Skyrim is my all-time favorite game. In the game, you are the dragon born which is referred to as “Dovahkin the Master of Dragons“. My name is Zack so I took the Z from my name and dropped the “Kin” and there you have “Zovah” the master of trap.

Question 2: What lead you into the dance music world, and what ultimately kept you there?

Answer 2: Well I’ve been into music since I was about 12, back then I got my first guitar and played for years. Alongside that I also rapped for most of my life, so making music has been something that has been with me for many years. I got into EDM in high-school but didn’t start DJing or producing until I went to my first festival in 2016 which was “Chasing Summer” after that festival I wanted to pursue that avenue and make people feel the same energy and happiness I felt at that festival. When I started in the EDM world I kinda dropped the rapping because I thought it would be too much of a conflicting identity crisis when I was first trying to establish myself. Now I realize it only makes me more unique so expect more of my own vocals on my work soon. I still have a couple rap tracks out on my SoundCloud though.

The thing that kept me into the EDM world is the feeling I get when I perform. It feels like I’m a puppet master and the crowd is subjected to different energy levels and emotions, as well as an unpredictable, nonlinear storyline of feelings such as a low point, climax, happy, sad, or whatever vibe the music, is I’m playing.

It’s the best feeling in the world and I wouldn’t trade it for anything.

No one knows what’s coming next and everyone is subjected to the same atmosphere.

The little back story about the DJ side of my career is that I actually started DJing at rap clubs and the university bar in 2017 back in my hometown Regina and became a resident at 3 of them. I was perfecting my DJ skills playing urban modern rap music at my favorite spots while learning to produce electronic music. After about a year of that and establishing myself in the club scene, a good friend of mine flatland funk put me on to some EDM shows, and then that’s how I got my foot in the door of that genre and kinda took off from there.

Question 3: How long have you been producing?

Answer 3: I’ve been producing and DJing for about 3 years now overall.

Question 4: Can you speak on some of your favorite/highlight moments as a dance music producer?

Answer 4: My favorite moment so far was actually back in December. I’m originally from Regina Saskatchewan but in September I moved to my dream city Calgary Alberta to pursue music and a better life. I joined (IMO) the best event company in the province “Blueprint Alberta” and the first show they put me on in Calgary was opening up for Slushii. This was special to me because back in 2017 I saw Slushii at chasing summer in Calgary and after his set was done I knew 100% certain that I wanted to put my all into music. Later after the festival, I got to meet him at the hotel, so for me playing for him a couple years later when I’ve established myself was really just a full-circle moment.

Question 5: You are from Canada, what can you say is the best part about being from this amazing country? (Musically and otherwise)

Answer 5: Musically the best part is the diversity of homegrown and local talent we have and the artists we bring in internationally. The festivals in the summer are always so much fun. In 2018 my friends and I went to 4 different Provinces just for festivals.

What’s dope about my city is that the scene here is AMAZING. Usually, there are anywhere from 2-4 shows of different genres going on all in the same week.

What I think is truly special about Canada is the diversity, freedom, and sense of love for one another. I’ve been to every province in western Canada and each is unique and special in its own way.

Question 6: Who have been your biggest inspirations in music? What about outside the field of music?

My best friend Nathaniel I’ve to know him for over 10 years now and I can say he is the most self-disciplined, intellectual, kind-hearted, and motivational person I have ever known. He’s always had my back in life and in my music career. Anytime I’m working on a track I don’t consider it “Done” until I get his stamp of approval. Next, I would have to say Dan Bartake,“Flatland Funk” is the nicest human you will ever meet, and TRULY cares about seeing people grow and succeed. He’s been in the game for over a decade now and has helped his city and so many artists grow in this industry and I think it is very overlooked.

Question 7: Your new track dropped today with The EDM Collective! What can you tell us about the journey to making this track? We want details, Zovah!

Answer 7: So I started this track back in January and wanted to kinda go back to my roots and make a more simple but effective new age 2020 version of a classic trap track. Nice drum pattern, clean 808s, and a drop focused on a vox and hard-hitting 808. I had it about 75% completed but it was missing something and I wasn’t sure what direction to go with it so I sent it to a good homie Brett Webster aka “Hypesetterz” and he did his thing with it. Added some vocals and made some dope changes to it! And then boom! It was done. I actually sent him 2 songs which are both out now “Flex” and “Snob” we tried to shop them as a 2 track EP but we found 2 labels that wanted them individually and now here we are.

Question 8: Can you walk us through your studio setup/tech equipment? What are you rocking?

Answer 8: My set up is pretty basic I have my music/gaming pc which has a GTX 1060 6GB, Ryzen 5 2600 CPU, 12GB of ram and a MSI 144hz curbed gaming monitor as well has a Novation Launchkey Mini midi controller and Mackie CR2 reference monitors.

Question 9: What new and exciting things can we expect from Zovah in the near future and down the road?

Answer 9: In the short term you’ll see me play a couple live-stream festivals, 2 new originals, and a couple collabs with some amazing artists.

In the long term I hope to see some huge expansion of my brand and reach and get some of my new music singed to some of my heavy hitter dream labels and once shows are back you’ll definitely see me killing some sick shows once again.

Question 10: What goes into your creative process of making music? Is there a certain regimen and or ritual you follow as far as processes go?

Answer 10: I honestly don’t really have a process, it’s usually based on my mood or what has inspired me recently. Sometimes I start a track off of a random drum and bass line, Sometimes I start a track with a drop idea that was in my head. I don’t really have a concrete flow, I just open Ableton and kinda law down ideas into the DAW kinda like jot notes and take it from there.

Question 11: Who is in your area that deserves more spotlight and attention in their musical careers? Give them a healthy shout-out!

Answer 11: From my hometown definitely Flatland Funk and Stvnk Fvce, they have been with me since the start and I only wish the best for them. From my new home, there is SO much talent. I have to give mad love and props to Enzeo, Hypesetterz, Atmos, ACADEMI and the hometown legend Inf1nte. 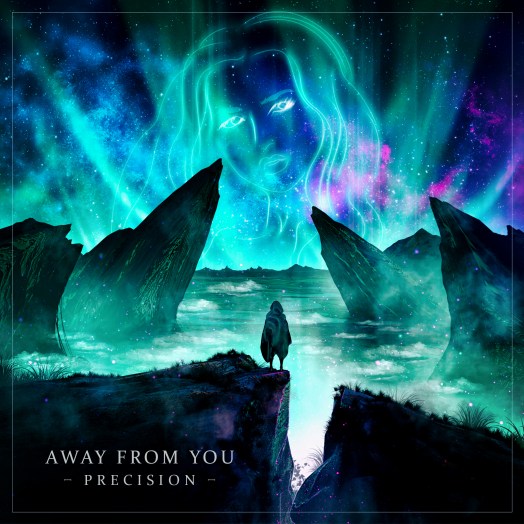 Precision – Away From You [Track Write-Up]