K!NG TVT. The Bass Prophecies Of A Pharoah

Jake Berrettini, or more auditorily known as K!NG TVT, is a Colorado based producer who has a nack for the sounds and auras for prolific artistry. Surrounding himself with only quality people and vibes, you can assure yourself that this producer is imminently a force to be reckoned with.
Hunger, determination, and a drive that pushes his boundaries to unforeseeable measueres. It’s now up to you to stay ahead of the game, because the KING has awoken. The prophecies are fullfilling, the testaments are real, the proportions are god-like. The tomb has opened.
Please welcome K!NG TVT to the storm.

Question 1: For the unknowing reader and soon-to-be fan, what can you tell us about the backstory behind the alias K!NG TVT?

Answer 1: The backstory behind the name K!NG TVT honestly started from when I was younger. Throughout the early years I loved different styles of cultures and mythologies but when it came down to it the top two that I really enjoyed were the Egyptian and Samurai stories. But if we were to get even deeper into that I love my Egyptian style things over all else so that started the hunt to figure out how to create a name. I started looking into the different well-known things around Egypt and I instantly started getting drawn to pharaohs because they were the “Kings” and I tied that to me being a Leo which is the “King” of the astrological signs. So I thought it fit me well because I’m a star/moon/sun purebred Leo and born the first day of the purebreds lol. And being that I still pretty young and usually was one of the youngest in my class I looked at Tutankhamun since he was the youngest pharaoh. Then I just did a play on words and made it my own. In September of 2018 K!NG TVT was born.

Question 2: Growing up in rural Wyoming, but currently a Colorado resident must have introduced you to a paradigm shift that was unprecedented. Do you feel Wyoming was a good upbringing to allow you to realize the true beauty in Colorado?

Answer 2: Yes and no honestly, Like yes it showed me beauty because of the opportunities that arise and the people you can meet along the way of your journey. But at the same time no because I feel like down here in Colorado it shows a lot of the time that “It all is about who you know”, Which in my eyes is why I liked to the start in Wyoming because it built the work ethic mindset to where if you want something you gotta work and earn it. I feel like I’ve seen a lot of artists who have been busting their ass to try and get somewhere not succeed vs someone who hasn’t and just knows people start to get farther. If that all makes sense.

Question 3: You have a heavy bass-music style, where does this inspiration come from?

Answer 3: The inspirations behind the heavier style that I’ve come to be known for all started back in 2015 when I went to Global Dub for my first ever concert. There I got to see Excision and Zomboy for the retirement of Excision‘s “Executioner” stage and that got my eye stuck and by stuck I mean STUCK on bass music. I don’t know it was honestly the turning point. Fast forward a couple months to when I went to my first DeadRocks with Zeds Dead. Well, that sentence should just speak for itself. Those two have been my biggest inspiration because of the heaviness of Excision but the vibe of Zeds Dead will always be how I throw. Perfect balance if you ask me.

Question 4: What music artists do you owe the most to, in terms of musicality, inspiration, and individuality?

Answer 4: Artist who I owe the most two would honestly have to be Excision, Zeds Dead, Wooli, and honestly nowadays I gotta give thanks to Liquid Stranger. Between the four of them, you get all of the styles that make me and my sound who I am. With the diversity of all of them, you end up getting heavy to the weird to the cry-bang to the straight just vibe. With all of them, each shows me different milestones that I want to reach. With Wooli it’s how quickly he was able to play at Red Rocks because that’s always been my dream ever since the beginning, with Zeds Dead its how they get to come back every year, and seeing the crowd interaction is just top tier.  With Excision, it’s me wanting to be on the level to have that production team he has. The inspiration behind Liquid Stranger is to have the amount of unreleased music so I can always play a different set.

Question 5: Who is in your scope as far as collaborations go?

Answer 5: The artists who are in my scope as of currently wanting to collab with are my homie Chris Zizi (otherwise known as ZIZI) and honestly Spexx because if it wasn’t for him I wouldn’t be understanding music production as quickly as I am. But for dream collaborations well just look at the question before this.

Question 6: You mentioned to me prior to our interview that you were born in the St. Louis area and kind of bounced around as an adolescent. You’re now in Colorado, home of bass music (Bass Capital), can you safely say this is home to you?

Answer 6:  Yes, honestly being that I’ve been a lot of places and moved around more times than I can honestly say, Colorado’s always had a special place in my heart and I’ve always been drawn back by its beauty.

Answer 7: I think Colorado has done the best at pushing the limits of music, by bringing in lineups that are top tier and they keep pushing artists to get better to keep up with the scene. But the opposite side to that would be to bring artists their more instead of just the big names that they know will sell out instantly.

Question 8: What can we expect next in the life of K!NG TVT?

Answer 8: What y’all can expect next from me is the release of my first ever song that I’ve made from scratch. I’m currently working on the release date and finishing up the final touches to the song but it’s coming up quick ti when the announcement will occur. After that you know, I’m pushing to start an ep here soon that’ll end up going along the lines of “the rise of the K!NG” or something like that. a-lots in the works of what’s going to occur when I’m finally settled after I move into my new house but that’s mainly my focus of right now.

Question 9: We’ve closely monitored your progression in music and are floor with excitement. What sort of creative process do you undergo when developing tracks?

Answer 9: Well as of right now it’s been hard for me to kinda create my own musical process being that I’ve just begun my production journey a couple months back but honestly right now it’s been in my head to not ever do something basic. to push me because basic isn’t going to stand out. So with that mentality, it’s normal for me to work on something and put it down for a bit because if it stops flowing then I try and not push the idea because that’s when things become sloppy, so I work on other ideas.

Question 10: Who in your eyes and area do you believe deserves more spotlight in their musical career? Give them a healthy shout-out below!

Answer 10: In my eyes for people who need a shoutout right now are:

1.) My homie ZIZI (check out his SoundCloud at that). I’ve watched this man push himself for the last 3 years with going to school at ICON Collective and graduating and last week officially putting out his very own showcase mix. His drive is incredible and I can’t wait to see where he goes.
2.) My bass brother/twin and that’s my homie Kolton Wall otherwise known as KDUBz. He and I have started our musical career roughly around the exact same time and I just love his djing style. I can’t wait for this Corona things to be over so he can start playing more.
3.) Gotta shoutout my homies EX!T WOUND, Kylloe, and my boy TR!P HVZVRD, those three have been pushing themselves for greatness and I’m so happy to be close friends with them because it pushes me even harder so none of us fall behind.

Thank you so much, Jake! This has been a blast getting to know you on a more in-depth level and beyond in musicalilty.
We are utterly thrilled and excited to see your progression the dance music community and world as a whole. Now that the prophecy of the King is unleashed, we are now in the know. Until next time! 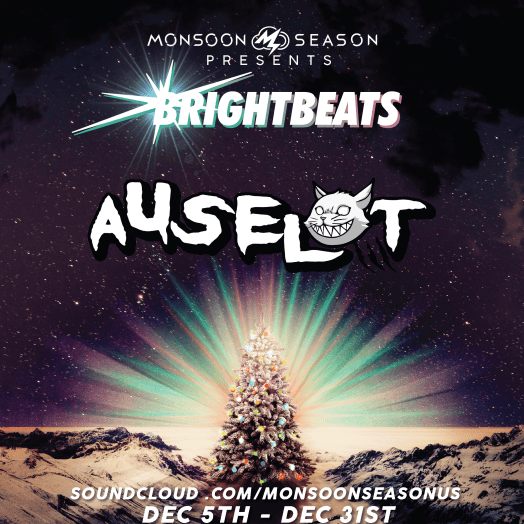