Michael O’Kelly, or best known as Kylloe, is paving the way for his vision and isn’t waiting up for anyone. Whether it’s his unique connection to Celtic culture or his delivery of  Lo-Fi tunes, he means business. Please welcome Kylloe.

Question 1: Can you give us a breakdown of the Kylloe vision? Where did it come from?

Answer 1: My ultimate goals and vision for Kylloe are to have it be a group project, rather than just me as an individual. I want to put on a performance, not just a DJ set. I’ve been a performer my whole life, whether it was in symphonic band, or in a broadway-style play. I want to be able to captivate viewers with a whole act. I envision a whole line of drummers and bagpipe players, fiddlers, and flute players. You name it.
As far as where Kylloe comes from, my last name is O’Kelly. So I kinda just scrambled the letters up. It was so simple, yet so perfect after years of struggling to come up with a name.

Question 2: If you could describe your style of music and direction to someone, how would you do it?

Answer 2: I’m going to be honest, my style is going to be all over the place. I am just a true fan of music. Of all genres. I ultimately plan on fusing old school hip hop and traditional Celtic style music with the modern sounds that genres like dubstep, future bass, and Lo-Fi have to offer. I know that sounds like an extremely broad spectrum, but I will make it work. Bet.

Question 3: Where did you grow up? And, how has that kind of upbringing later transitioned into making music in dance music culture?

Answer 3:  I was born in Denver, Colorado. So I think that in itself speaks volumes for the influence EDM has had on my life. I have spent at least the last decade or so bouncing back and forth between there and Sheridan, Wyoming. Underneath the endless beauty of the Big Horn Mountains. No matter where I’ve lived, I have always had the shadows of the Rocky Mountains to the West of me, and that has played a huge role in my appreciation for natural sounds and surroundings. I was also raised by a very traditionally Celtic family, with my Grandfather being born in Galway, Ireland. My dad was in his late 30’s when I was born, so I’ve had some older generational morals and values instilled to me at a very young age.

Question 4: What music artists can you think of that assuredly influenced your liking in electronic music?

Answer 4: The very first EDM artists that made me really enjoy and respect electronic music was Zeds Dead. The fact that they can do any style of EDM and absolutely kill it has been extremely inspiring from the very beginning. Then years later, they were also the first live EDM show that I had the honor to attend. Other’s that inspire me to push the boundaries and have no limits to what I create include um.., Ganja White Night and Liquid Stranger, all artists that aren’t afraid to work outside the box and do their very own style regardless of what everyone else is doing.

Question 5: What do you think you can to an already dense music market?

Answer 5:  I have a story to tell. I pour my emotions into what I create. I believe that through my music, I will be able to connect with the listener and help them feel the emotions that they need to feel. I’ve had quite the upbringing and have seen and experienced things that I believe can help people through tough times. Also, I believe the farther I go, the more unique my sound will be. And personally, in the world of EDM, the stranger and more different it sounds, the more attractive it is.

Question 6: If you weren’t doing music, what do you think you would be doing?

Answer 6: Whether it’s through music or not, I strive to help people. I’m currently working on getting the certification needed to be a recovery life coach for people entering recovery. I myself have 5 years sober, so I believe I can help pass on my story and success to people who are in the early stages of starting their new lives.

Question 7: What is your favorite music venue in the world?

Answer 7: Being a Colorado native, Red Rocks is definitely my favorite venue that I’ve been to. As far as the whole world, I’m not sure yet. I’ll have to judge that once I go on my first world tour.

Question 8: Who is in your scope as far as collaborations go?

Answer 8: As of right now, I definitely want to collab with my friends Trip Hvzvrd, Coenica and Exit Wound, which all have vastly different styles. All of which will help me expand my musical knowledge and styles. As far as my dream collab would go, Ganja White Night is at the very top of my list.

Question 9: You like to experiment with Lo-fi tunes. Explain to the unknowing reader. What is it?

Answer 9: The best way that I’ve found to explain it to people who have never heard of the style has been that it is a hip hop sub-genre that speaks the listener’s emotions. It’s a low tempo, simple beat that sounds like it’s being played through a 1930’s radio.

Question 10: Dive into the Celtic realm with us. Explain your involvement with that.

Answer 10: The Celtic realm is a whole different world. Celtic music is very heavy on the Flute, Bagpipe, and Violin, all instruments that really pull the emotion out the listener. But what pulls me to it and makes it so unique is the vocals and lyrics. The Gaelic language is so vastly different than many of the languages spoken around the world. The Italian language might be known as the language of romance, but Gaelic is all about beauty. Mostly coming in the form of Ballads, Celtic music tells a story. A story of a King. A story of perseverance. A story of love. With my music, I very much tell a story, even if there are no lyrics. I have always been drawn to a good story, and Celtic music does that perfectly. The style can be translated into just about any other genre or style effortlessly, and will almost always add spice to any song. Some artists that do this flawlessly are bands like Flogging Molly and The Dropkick Murphys. Some more traditional Celtic artists that have always been favorites of mine are Three Kings High, Mick Moloney, and Celtic Woman. If anyone is interested in diving into the world of Celtic music, I highly suggest starting with the artists that I’ve named off. You won’t be disappointed.

Thank you so much, Michael. You have been nothing short of amazing since we have met. We cannot wait to see what you do next! 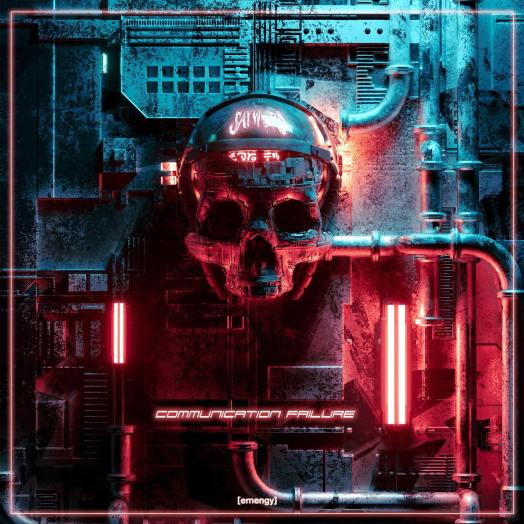