Mr. Wildfire. Setting All Of Utah Ablaze With Bass

Alec Messer, or known under his fiery alias; Mr. Wildfire. This Utah resident has been setting shit on fire for some time now, if you couldn’t tell. His SoundCloud is a pure exemplification of this statement… stack on stack of tracks. Molten music, if you will…
This fire-starting spitfire is burning his way to the top setting it all ablaze. Without burning yourself, please welcome Mr. Wildfire to the storm!

Question 1: Welcome to the storm! We are stoked to have you with us! Can you walk us through the flames into who is Mr. Wildfire? Where did this incineration all begin?

Answer 1: Thank you for having me! My name is Alec and I’m a dubstep artist that was born and raised in Utah. I work a full time job as a stock broker and then make music with whatever time I have leftover. It all started around 4-5 years ago when I went to my first rave, not just any rave but the 20 year anniversary of EDC! At the time I wasn’t that big of a fan of EDM music, I honestly only wanted to go to Vegas with a large group of friends. I couldn’t afford the ticket and hotel at the time, so me and all my friends went and donated plasma because they were having a special deal. They gave $200 to every person who donated, so it was enough to cover the hotel fee and all I had to do was buy a ticket. I wasn’t even all that excited for EDC, but when I walked in it BLEW MY MIND AWAY. I decided then and there that if my end goal was not to be up on that stage, bringing that kind of energy to the world, then my life wouldn’t be complete. So for the next two years when I got back I made music EVERY DAY. Even then still took about 2 years before my music actually sounded like music.

Question 2: Who have been your biggest inspirations thus far in your career?

Answer 2: There are quite a bit of big inspirations such as Virtual Riot, Excision, Bandlez (and everyone on Disciple), Sweet Teeth, and even Eminem.

Question 3: What sort of advice would you give to someone who wants to be in your fiery shoes?

Answer 3: I’d say you have to want it more than anyone else, and that you have to be dedicated and keep practicing. While simultaneously trying not to take it too seriously, you don’t want to take the fun away from making music. I like to tell people to treat making music like a video game, play around and have fun while practicing and learning. I was in the top 5% of League Of Legends players at one point and I thought “what if I just treat music like a video game, and got to the top 1% of music makers? Then my life would change completely.

Question 4: Eating and or drinking before a set? Yes or no?

Answer 4: I like eating about an hour before my set or so. I like having a drink or two before as well, and usually one while playing if it’s allowed! I like to jump around on stage and if you JUST ate, it’ll upset your stomach.

Question 5: What is the ideal 2025 looking like for you? Walk us through your Utopian five year vision.

Answer 5: Would love a nice vintage looking house on the outside, yet modern designs on the inside. Living in an area that is not too crowded but not secluded enough that I have to drive an hour to get anywhere. I’d love to be making music full time having steady income from music alone, so I can practice my skill even more learning new instruments. Would love a big studio with every instrument you could think of with complete soundproof walls so I could go as hard as I want too!

Question 6: Who is in your collaborations scope? Anything you can hint at for us?

Answer 6: Yes, there are quite a bit of talented locals that i’m working with at the moment. I’m trying to work with at least every talented local one time. So far I’ve made collaborations with about 4-5 locals, with 3 more coming up. I’ve also just finished up a track with BVLVNCE who is a very talented guitarist and singer.

Question 7: Being a resident to Utah, must be a unique yet rewarding place to live. Although one-of-a-kind, in regards to music, what advantages have you seen from the Beehive State?

Answer 7: Yes, Utah is beautiful. The rave scene in Utah might not be as big as some of the other big states, but I would still say we are in the top 15 states for EDM. Some advantages are that even though the EDM scene is pretty big here, it’s not TOO big where you have tons and tons of talent to compete with like in California, and when there is talent that you’re competing with, then you probably have a good change of meeting that talented individual and becoming friends with them. The downside is that there may not be as many companies that you are willing to play for due to the amount of underground shows compared to big name shows. Although some underground shows are great and can be run very well, there are also a lot that plans fall through.

Question 8: Just recently you dropped your Roll N’ Rave Mix as a submission to play their event. What sort of creative process did you call upon for this project?

Answer 8: Every mix I submit is all original music, or remix’s that I’ve done. I mainly just plan 1-2 songs to start with, and then one to end with. Just start playing and then go back and clip together my best parts so it is within the time limit that’s allowed for the submission. Was really proud of this mix!

Question 9: What can we expect next in the embers of Mr. Wildfire?

Answer 9: I’m going to be posting content and releasing more music! Hopefully I will be playing more shows, but only if I feel like the show is practicing safety so that people who come out to see me are not in harm’s way. The Roll’N Rave seemed to be safer then most so that’s one of the reasons I really want to play it. I’ll also be releasing a track on September 11th called “Push Over”. It’s an extremely heavy mosh song that I created about a year ago and finally decided to release it! I already had it planned, it just happened to be the same weekend as the Roll’N Rave so hopefully I get to show it off there. Also will be working on collabs with the talented locals here in Utah, so if you want to see who else can bring something to the table, stay tuned for future releases

Question 10: Who do you see killing and slaying it lately? Give them a shout-out!

Answer 10: There are quite a few people slaying it right now, but some that come to mind are Cacophonic, Hex Effect, Sweet Teeth, and Atarii are some of many. 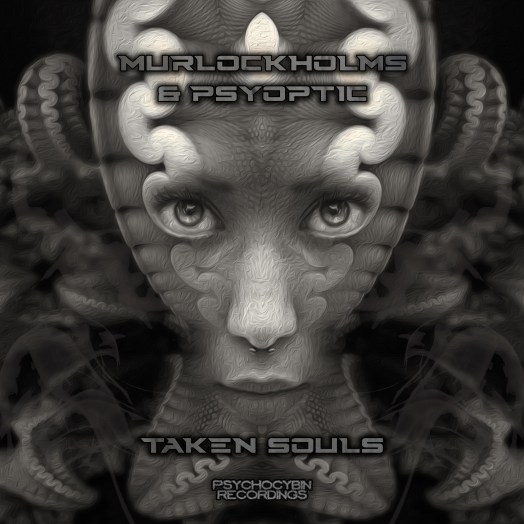 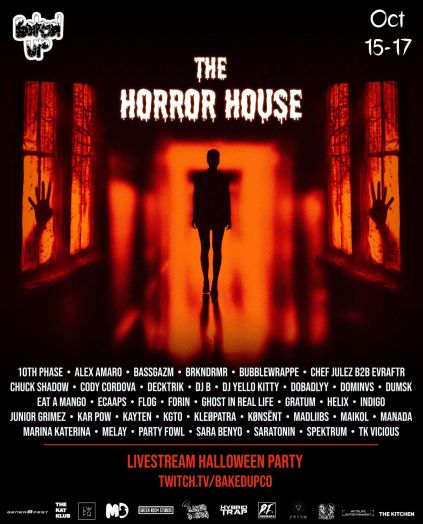 SCARECROW. The Ominous and Intrepid